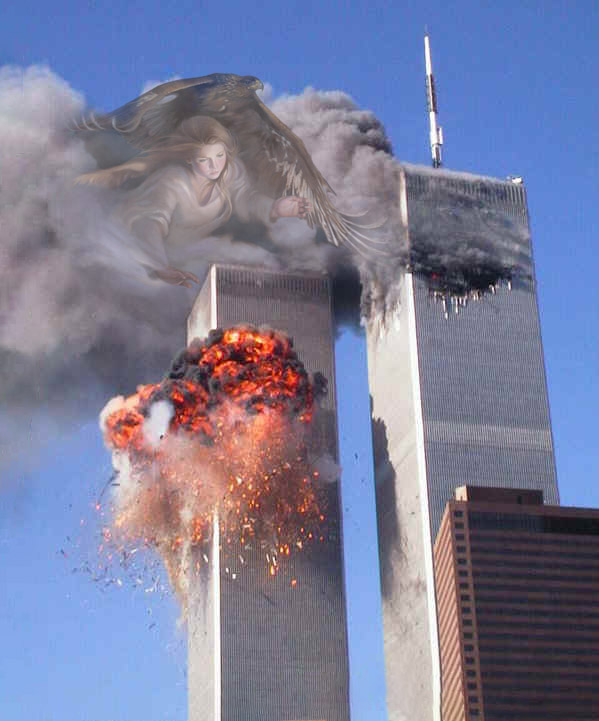 I am a survivor of the September 11th attack on the World Trade Center. On that morning, I happened to look out the window of my office – I was in the North Tower (the first to be hit) and my office faced north (the direction from which the first plane approached) – to see what I would later learn was Flight 11 approaching “our building”. I knew the plane was too low, but sat transfixed and watched it crash a merciful 20 stories above me. I saw the tip of the plane as it passed over my head and watched the windows on the fuselage disappear one by one as the plane ripped into the building. The noise it made came from the very bowels of hell and the next 90 minutes were a constant fight for life. Through the grace of God, I survived with only a few cuts and bruises, but my 38 year old boss and 83 of our colleagues were not as lucky.

I was on the ramp to the Brooklyn Bridge when the South Tower collapsed and, along with my friend Denise, I ran for my life from the debris cloud. We had no idea what was in the cloud and l, for one,was sure it would suffocate us. We ran and jumped and fell and crawled, but once again, walked away covered with ash, but relatively unharmed. When Denise and I walked out of the cloud, we instinctively took each others hand and together began, “Our Father, who art in heaven…”

I write to tell you two things. The first is that when I think back on the collapse of the South Tower and remember watching it tip and fall, what I now see in my minds eye is hundreds of angels flying around the dying building. I did not experience it at the time, but my memory of those horrific moments are crowded with angels flying and swooping all around the building as it crumbled to the ground. I believe they were there to gently accompany all those broken tragic souls to heaven. Every other survivor who I have talked to has said the same thing that I experienced – we all thought we were going to die at some point, but none of us were afraid – we all had an overpowering sense of peace. I know we were feeling the great protective peace of the angels and I know that it helped us keep our heads and, if possible, escape death. For those of us who could not escape, the angels were there as an escort to the next life.

The months which followed September 11th held an ocean of grief and sorrow for me and those around me. I write to tell you, secondly, that your work has helped me to regain the sense of grace and wonder which I had always cherished, but which was shattered that horrible day. I look at your angels and children and animals and I am reconnected to the peacefulness of my September 10th heart. While I am coming along in my healing, I am still haunted by that day and the unthinkable losses it imposed upon so many around me. At times, it ambushes me with thoughts and images, but now I just walk onto my sun porch and look up at “The Angel of Peace” and I am calmed. I had been collecting angels even before 9/11, and I have been so happy to add your beautiful work to my collection. I purchased “The Gift” for Denise because they look just like her two children and I’ve given copies of “All Gods Creatures Go to Heaven” as gifts, as mine is family of animal lovers as well. I look forward to owning more of your work in the future.

So, I want to thank you for your beautiful work, for knowing the angels so well and painting them so beautifully, and for the many hours of comfort you have brought me over these last painful months.

The angel within the cloud of smoke is titled THE GUARDIANS.

About the author: Nancy Noel

N.A. Noël is a prolific American Contemporary Impressionist. Her work has no boundaries and has inspired millions.